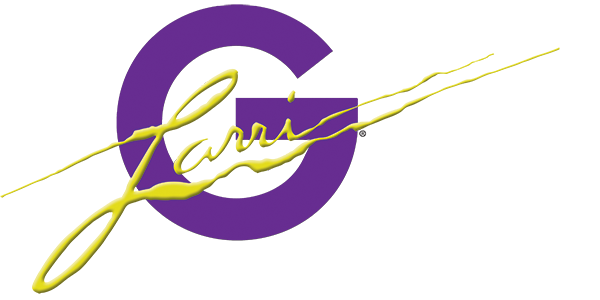 A Prolific Artist! A True Visionary!

Anthony Gerald Larribas, known as Gerry, is an internationally acclaimed artist, born in the heart of the southwest into a military family. As a military brat, he traveled to Morocco, Spain and throughout the USA which exposed him to different cultures. By the age of three, he was singing and dancing in front of audiences in the exotic places he lived. His artistic training began as early as elementary school and continued through college while a student at the University of New Mexico. His talents were recognized and encouraged during his studies at the University which catapulted his career in fine arts and music. He continued his studies in marketing, print advertising and graphic communications which further launched his ambitious endeavors and artistic vision.

During his lifetime as an artist, Gerry has delved into multi-faceted artistic endeavors.

He spent  ten years researching the unique cultures found only in the diverse border region of the Southwest and  released his Visual Image theme featuring the “Desperado’s” series  bringing  powerful  images of  the free-spirited southwestern woman to life by applying stunning acrylic combinations of southwest color to canvas. The revolutionary design captured the untamed beauty observed only in the Southwestern United States.  Gerry is famous for his method of incorporating high fashion with contemporary “soft” western themes. His flowing style manifests the freedom, adventure and glamour of the West. Larribas’ art, created in the Western ambiance of his birthplace, exhibits uncluttered lines, open spaces and elegant flair. His versatility transforms simplicity of style into the complexity of interpretation.

From his prolific original paintings, he went on to transform his series of paintings into a line of handmade jewelry. He continued to develop a high fashion clothing line and western motif designer boots and he also started to write and perform his original music. His music is an amalgam of R&B, jazz, bluegrass with a hint of Latin.  He has since produced two CDs and is on his way to creating more.

Over the years, Gerald has owned and operated several art galleries in the southwest areas of Santa Fe and Albuquerque.  His works of art are in a permanent art collection at the Hispanic Cultural Museum in Albuquerque. His art has been exhibited in fine art galleries in both the USA and Italy, from the Trump Towers with Dyansen Gallery in NY to CA.

Recently in 2018, Gerry created a series of paintings titled  “Way of the Bull” that was exhibited in Campogalliano in Modena, Italy.  The series was created by Gerry as a tribute to the Ferruccio Lamborghini family. The High-Profile Fine Art series emphasizes with great impact the automotive Italian style in SuperCars alongside the future of design.

A precursor to the “Way of the Bull” series was the painting titled “Aventador Bull” which was exhibited at the 2013 Lamborghini Festival in Houston Texas, at a fundraiser for children with cancer at Hermann Hospital. The painting was signed by both Gerry Larribas and Valentino Balboni of Lamborghini and was sold that very night at the VIP gala.

He is dedicating himself to innovative design projects in the Solar Energy field to generate artistic solutions to the ever-growing need for renewable energy. His goal is to provide unique concepts where design meets function to develop a better lifestyle for all. With ARKA’s team in the lead, communities will be able to implement new designs that accomplish the goals of producing innovative and creative projects around the globe. These revolutionary projects add light sources to dark areas, which make these “after dark” locations safer for everyone. There are many areas within every city where people walk, jog and exercise at all times during the day and night. ARKA’s conceptual designs will provide additional safety — balanced with beauty — so people can enjoy a higher quality of life from home to store or simply a relaxing, healthy walk in a well-lighted atmosphere. The ARKA designs also provide an additional source of power for recreational areas, parks and rest areas.

WAY OF THE BULL

As of August 2018 the Way of the Bull Exhibition took place in Campogalliano Italy by way of the United States. This exhibition is a series of works created by International and acclaimed Artist Anthony Gerald Larribas exclusively as a tribute to the Ferruccio Lamborghini family.

Created in oil on linen and other fine canvas, the series was first shown with the “Aventador Bull” painting which was featured at the Lamborghini Festival Houston Texas in 2013 to raise funds for children with cancer at Hermann Hospital. This painting was signed by both Gerald Larribas and Valentino Balboni of Lamborghini and sold the very night of the VIP Gala.

Cristina Guizzardi, former director of the Lamborghini Factory Museum and Sant’Agata in Bologna, Italy; and Elisabetta Masini, both with Via Modena Luxury Motoring Events, introduced the Way of the Bull series to Italian audiences and for exclusivity of the automotive industry.

Vision of a New Southwest

Desperado Western and Contemporary Boot Line is the hallmark of achievement for G Larribas. These boots are completely hand-made, fabricated using the finest leathers that blend Larribas’ style with a wide color palette that is endless. He brings unique design pattern that makes for a one-of-a-kind look. The first pair ever made is part of a permanent collection at the Hispanic Cultural Center in Albuquerque, NM.

Collection of sterling silver and gold jewelry includes concho belts and concho sashes, earrings, bracelets, necklaces, bolo ties, broaches, pins, and other similar pieces. The distinct image Larribas has invented is a free-spirit collection based on the mask of Desperado which captivates the spirit of the Wild West Cowboy in a new age of contemporary art.

THE HOUSE OF G' LARRI

“SEXIEST BOOTS ON THE PLANET”

Where most fashion designers begin with a thumbnail sketch of their work that is handed off to a pattern–maker, Larribas takes a different approach by creating full–size canvas fine acrylic paintings producing a stunning collection that sets the stage for creating a movement in a multitude design. Larribas turns his art into tangible articles of boots, gowns, jewelry and more, all inspired from his paintings.

Larribas has incorporated sensual lines of high fashion style creating a “New Vision of the Southwest” that manifests freedom, adventure, and glamour of the West.

The G’Larri collection of women’s skirts are hand-made, one-of-a-kind. They begin with a single pattern as each motif is created uniquely for each skirt. Color selection and materials are first-class and hand-picked fine leather and wools beautifully tailored to perfection. He has created a one of a kind style in Western boots for men and women with more bold, modern styles using genuine finely tanned leathers providing a pallet of rich colors and patterns.

Gerald Larribas also known as “G’Larri”, exhibits musical and visual talents as influenced by the surroundings of his native land and his worldly travels. Larribas has a flare about him, a high energy style and a certain elegance in spirit.

His experience in creating stunning paintings, night club designs and enhancement, to stage designs ignited his interest and artistic career goals in the entertainment business.

Larribas manifested his love for music by learning to play the mandolin which lead to a root music style called “Bluegrass”. “Bluegrass” was popular many years before its high driving rhythm which was a perfect match to learn from. The History of the many genre of music that entered the United States thrilled and inspired him, from Bluegrass, Gospel, Country, Blues, Jazz Rock and on and on!

Raised in a family that loved Country music, Rock n Roll, Motown rhythm and blues and Jazz, Larribas was inspired and took it all in and then wanted to write and sing his own songs as soon as possible. It was at this point in his artistic visual career where local Jazz stations and Jazz organizations and musicians recognized his work and soon were part of the New Mexico Jazz works shop and other organizations that embraced his original music. He was invited to be the first entertainer to sing and play his original music in the casinos in NM.

Larribas is now adding a new sound to his visual exhibition that says it all! He has developed an extraordinary show case exhibit including Fine art gallery exhibition, fashion show, automotive fine art with the focus of his tribute to the Lamborghini Family the “WAY OF THE BULL” series, and other high-end super car companies and events.

HIS MUSCIAL VOICE IS PASSIONATE, UNIQUE AND SPEAKS OF EXPERIENCES IN LOVE, LIFE, CELEBRATION AND SPIRITUALITY

Larribas works with many Non-Profit Organizations by donating the money raised from selling his original paintings and other merchandise to benefit a wide variety of charities from the Children’s Cancer Center to a range of educational and special sporting events. Giving back is the heart of the inspiration for Larribas, being able to use his passion for art and creativity to give back to the community. 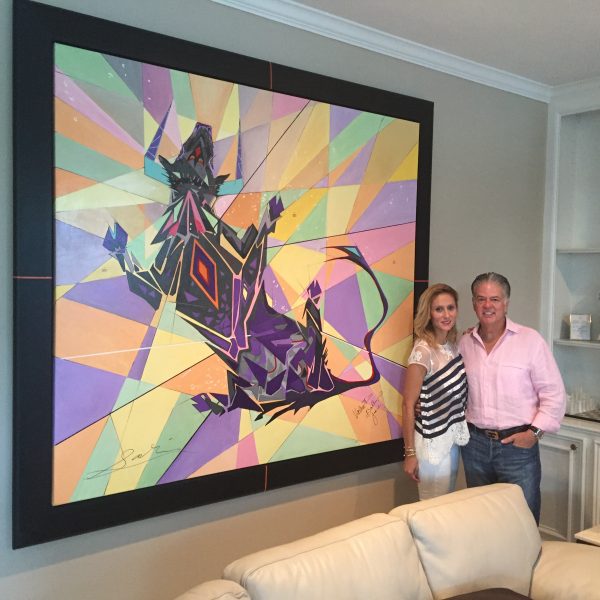 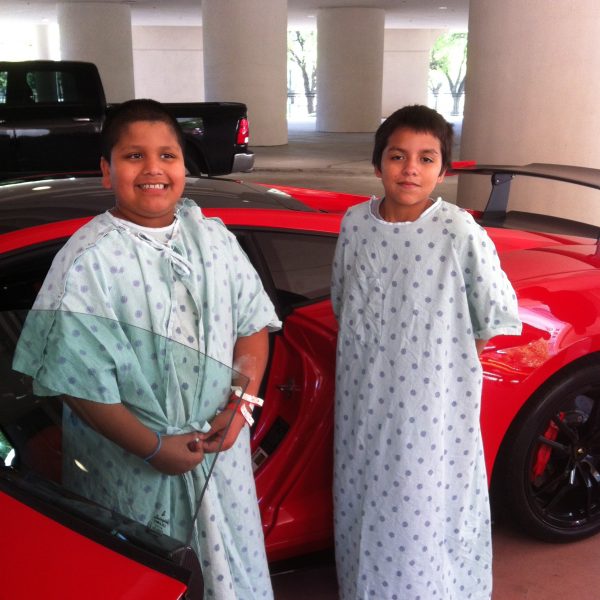 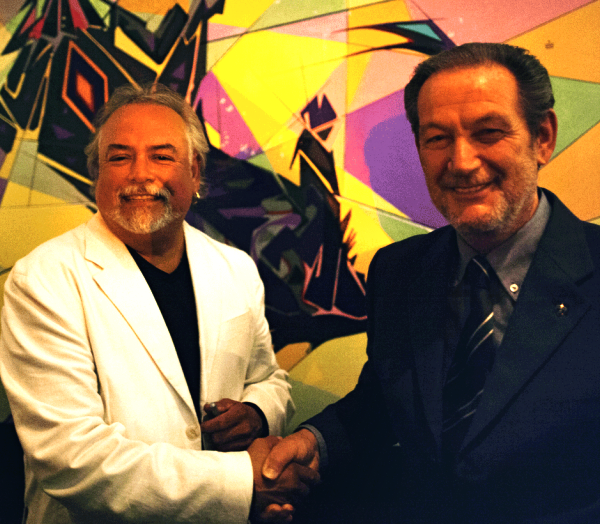 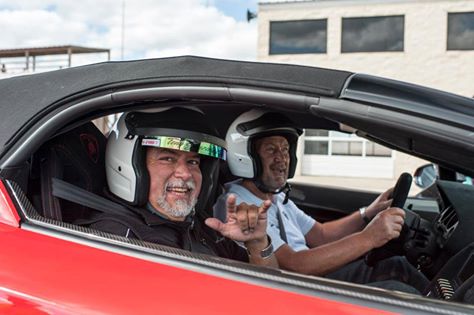 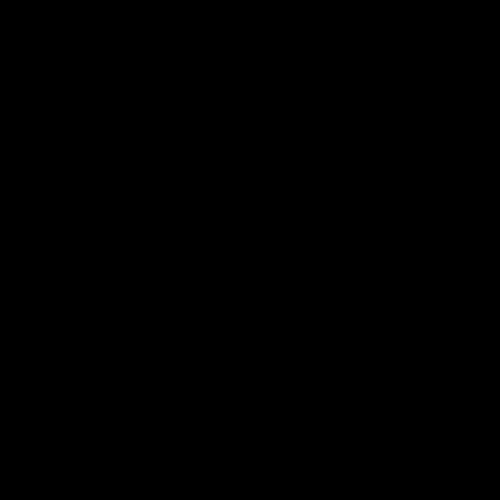 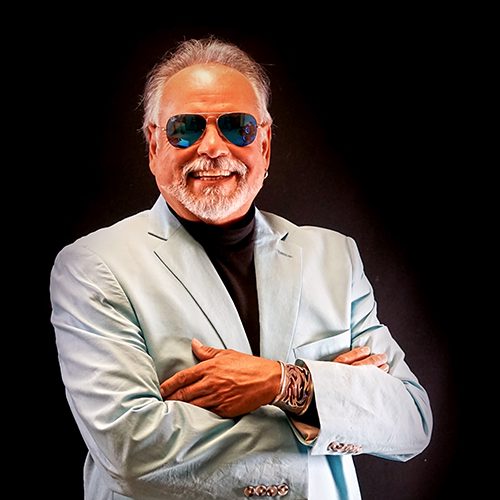 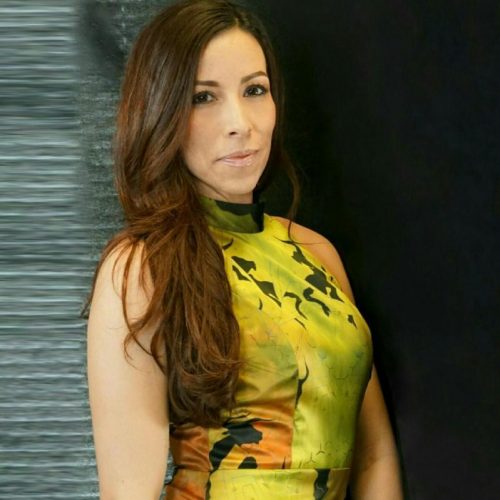 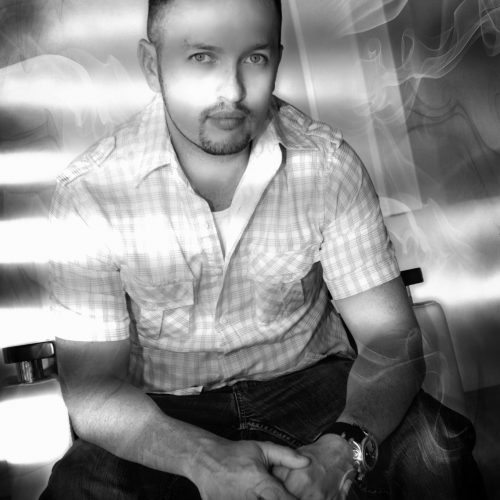 Larribas will create a very unique blend of his original artwork to enhance your companies branding to execute a fantastic artistic bottle collection.